Seems Connecticut has cleared the way for other states with education funding inequities to see a glimmer of hope for the future. In a historic decision this week, Superior Court Judge Thomas Moukawsher ordered the state of Connecticut to revamp its education funding formula to better serve students in poverty.

“Nothing here was done lightly or blindly,” said Judge Moukawsher as he read the ruling from the bench in a Hartford courtroom. “The court knows what its ruling means for many deeply ingrained practices, but it also has a marrow-deep understanding that if they are to succeed where they are most strained, schools have to be about teaching and nothing else.”

Show Us the Money

The Nashville school board recently voted to join Chattanooga and Memphis to sue the state of Tennessee for increased funding to boost per pupil expenditures. Currently, Nashville spends $11,496.30 (local, state,and federal) per child and that’s with a full quarter of the state’s English Language population. Yes, the capital of Tennessee educates 25% of the entire state’s English Language population (repeat for dramatic effect). See chart below illustrating Tennessee’s commitment to adequately funding education. See where the state lands in comparison to Connecticut. 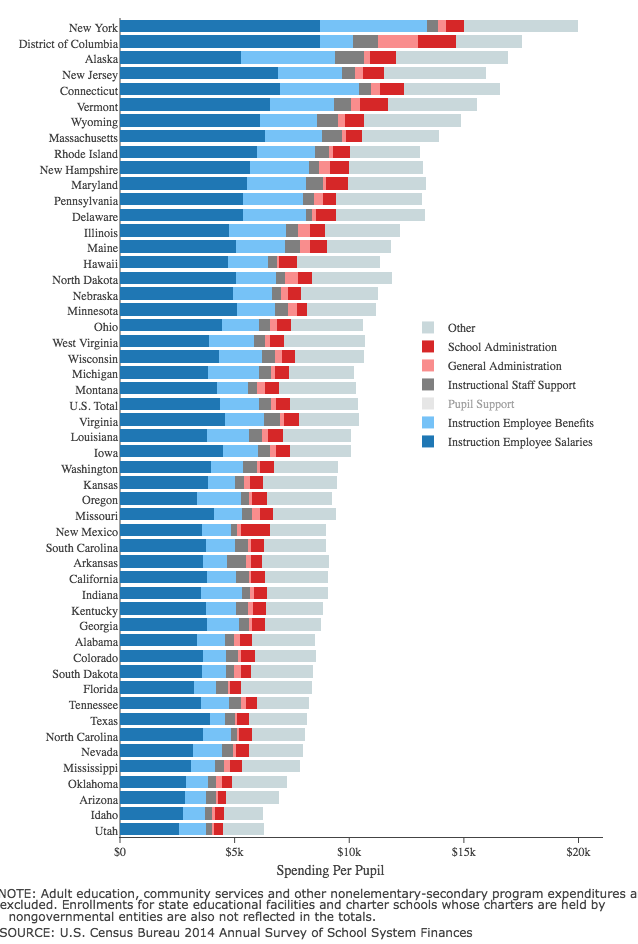 This glaring omission of urban reality is attributed to the BEP (Basic Education Program), Tennessee’s funding formula used to distribute monies to Tennessee school districts. Currently, Tennessee funds it districts at $9,374.90 (2015 Report Card). As mentioned above, this barely takes into account extenuating circumstances such as extreme poverty (urban and rural poverty offer polar challenges) and high immigrant enrollment; for example, Nashville has the largest Kurdish in the United States (Little Kurdistan).

Instead, the BEP looks at numbers that represent “basic” needs, and in urban areas, funding for basic just doesn’t cut it. Most Tennessee school districts are rural, thus the decades-long fight for attention lodged by the four largest school districts (which includes Knoxville). However, based on this week’s decision to sufficiently fund Connecticut school districts, times – they are a-changin’.

So in an unexpected twist, Nashville, Chattanooga, and Memphis are now armed with a little thing called precedent thanks to the success of a lawsuit started in 2005 by school districts in a state more than 1,000 miles northeast. And a special thanks to Judge Moukawsher who admonished and remedied the criminality of underfunding districts with the greatest need.

Tennessee, are you next?

“Violence is going to school twelve years and receiving 6 years’ worth of education.” – Julian Bond